In Return of the Lazy Dungeon Master I recommend focusing attention on what we need to run our next game. This mostly comes down to the eight steps of lazy DM prep:

In chapter 16 of Return of the Lazy Dungeon Master I also recommend spiral campaign development in which we start at the characters' current positon and build up what's around them. Where are they now? What's going on there? Who will they meet? What might they have to fight? What might they discover? Where will they go?

We can think of this as the first horizon. What can the characters see when they look around? What's within their view and within their reach? 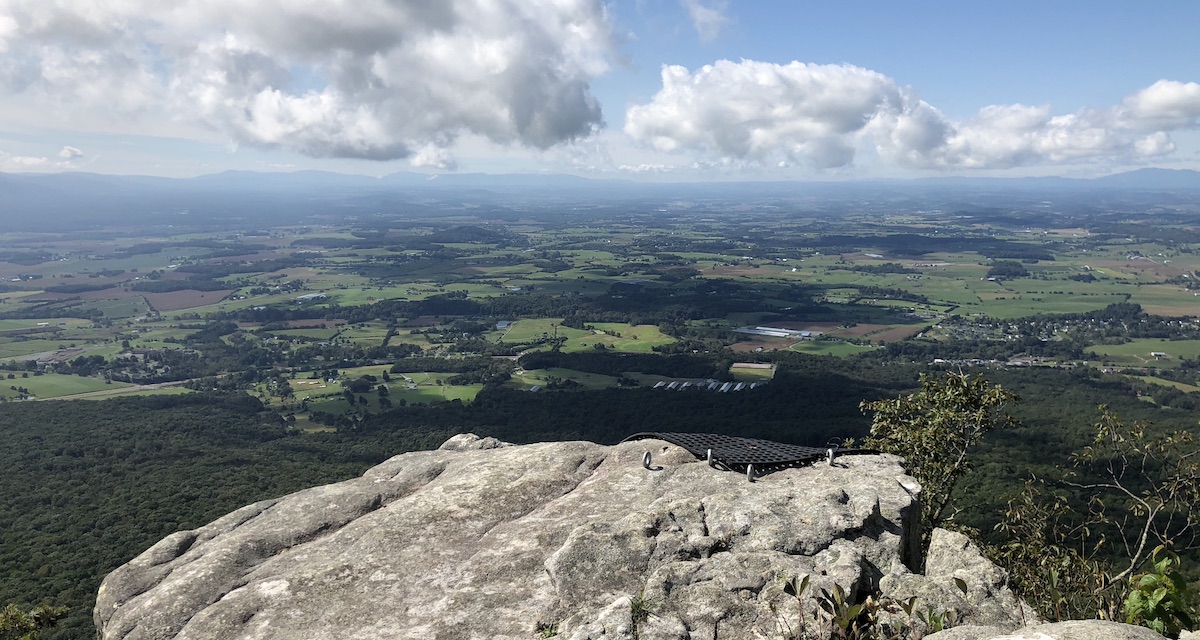 If we're planning to run more than just one session, though, we probably need to think not just about what's around the characters now but where they might be in the future. We need to know this so we can drop in the right hooks, hints, secrets, foreshadowing, and clues in front of them now. What's over the next horizon?

This is the second horizon. What is over the hill? What's beyond the wood? What's outside the city? What's buried beneath the old citadel?

If we want to drop seeds of future adventures, we need to think two horizons out.

The area of that second horizon can be far bigger than the first. Let's think about it mathematically for a moment and pretend we're talking about actual horizons — the distance between the characters and what they can see. If we pretend the first horizon is 1 mile out from the characters, that's an area of about 3 miles. But if the second horizon is 10 miles out? That's about 314 square miles we'd have to fill out. That's a lot of prep for lazy dungeon masters.

Instead of trying to fill out a thousand square miles with interesting stuff, we can take an approach from Micheal "Chgowiz" Shorten and think three hexes out. What are three interesting places the characters might explore outside of their current hex? For us, these three hexes out corresponds to the second horizon.

Turning that 300 mile second horizon into three hexes makes it managable. Three is a great number. We can all remember three places. It's a good selection of options without being overwhelming. What three major locations sit outside of the characters' current position? That's not too hard for us to come up with and a group can likely come to a consensus about which location they want to go to next if given three options.

We also don't need to fully fill out these locations before we start dropping in hints and clues. We don't need full maps of the locations or full rosters of monsters, NPCs, and treasure. We mostly just need the hook and can drop that right into our secrets and clues.

Let's pretend we have a small adventuring outpost called Deepdelver's Enclave (the town central to the adventures in Fantastic Adventures: Ruins of the Grendleroot). We want to come up with three interesting places outside of the town tied to hooks, rumors, or secrets that we can drop in front of the characters in our next game. What do we need?

We can start by digging into the Dungeon Master's Guide and look at the tables in chapter 3 and chapter 5. Mixing together the "Dungeon Locations", "Dungeon Creator", "Dungeon Purpose", and "Event-based Goals" tables, we can generate locations such as:

You can also use this 1d20 Adventure Seed list to generate interesting adventure ideas and mix them with Eberron factions or Forgotten Realms factions if you happen to be playing in those game worlds. Random lists inspire the hooks and locations we can drop two horizons out from the characters' current position.

Looking two horizons out while running a big published adventure means reading a chapter ahead. When running such adventures it helps to know what options will soon be in front of the characters when they're done with their current session. Reading up on those future options helps us know what hints to drop in our current game. If we time things right, these options hit the table at the end of the session and the players can decide what to do next to help us plan the next session. This lets us focus our reading around the area the players already decided on. If such decisions land at the beginning of a session instead of the end of one, we end up having to prepare for all possible options or wing it. That's not ideal.

When possible, help players choose their next path at the end of a session to help you focus your prep on the path they chose.

Where to Keep These Horizons

When you've thought two horizons out and have some ideas, where do you put them? If following the eight steps from Return of the Lazy Dungeon Master they fit well in our secrets and clues and fantastic locations. Hints of future events, NPCs, or situations work well as secrets and clues.

If we're identifying interesting locations in our look over the horizon, these fit in as fantastic locations. We don't need to fill these locations out too far. A good evocative name serves fine such as "burning forest", "Skyfall Tower", or "Karshak's Creche". These two-word names often give us enough to get our heads going in the right direction if we do need to fill them out in the future. A name alone is often enough to drop hints to the characters without wasting a lot of time on places the characters will never bother to see.

Two Horizons Out in a Spiral Campaign

Thinking two horizons out is a key component of spiral campaign development. We build a campaign from the characters' current position outward. It's a key component for us lazy dungeon masters to keep our world evolving, make it feel real, and spend less time on material our players may never see.