Waterdeep Dragon Heist's chapters alternate through many different playstyles. Chapter 1 runs much like any standard Dungeons & Dragons adventure with a strong start, a quest, some investigation and roleplaying, a dungeon, and a boss. Chapter 2 is a big sandbox in which the characters get involved with a bunch of factions and set up their own tavern and manor. Chapter 3 is an investigation and infiltration of a noble's manor which runs well as a situation-based encounter in which a situation is occurring at Gralhund Villa and the characters get to decide how to deal with it. 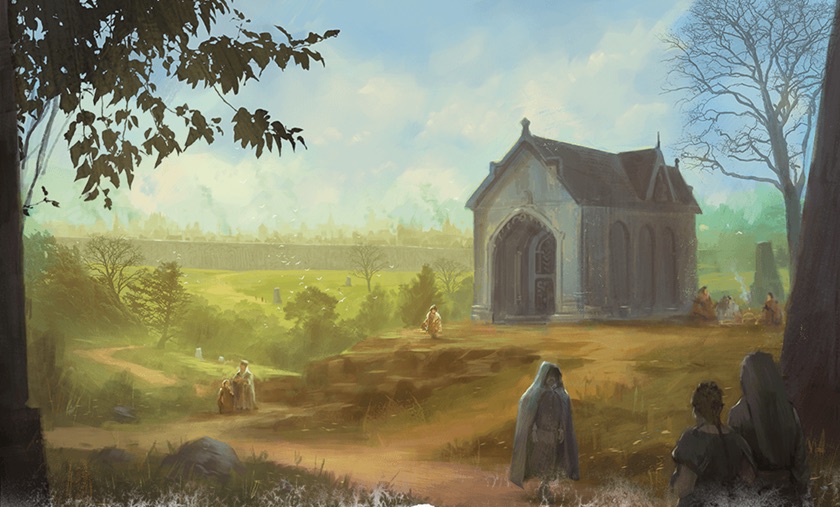 Chapter 4 takes us down a new path; that of a chase. Chases are tricky in D&D, particularly if we try to define a scene as a chase up front and don't let the players decide how to actually approach the situation. As written, Urstel Floxin, an agent of the villain in the adventure (in my case it's the Cassalanters), grabs the Stone of Golorr (the MacGuffin of the adventure), and runs off. The characters traverse through eight separate scenes as they chase the stone through Waterdeep.

There are a few problems with this. First, what if the characters short circuit the chase? What if they cast hold person on Urstel and grab up the stone in scene 1? One way to handle it is to just let them do so and keep going forward but that removes a big piece of the book. In the book the Stone of Golorr doesn't want to be found early but that feels artificial to me. What does the stone care about our chase?

What if the characters don't follow Urstel right away. In that case either the whole scene waits for the characters to rest up which feels arbitrary, or Urstel zips off with the stone and the characters are left with no idea where it might have gone to.

Both of these situations are more likely than actually going through the chase as written. It's also a big let-down if the characters chase the stone all over Waterdeep and end up not getting it.

There's another way to run this chapter, though; one that follows more of the philosophy of chapter 3. Set it up as an investigation and let the players navigate the situation how they wish.

The rest of this article describes an alternate way to run chapter 4.

The Stone Gets Away

In our version of events by the time the characters finish up with Gralhund Villa in chapter 3, the stone is already gone. We're going to arrange it that the characters don't really have a way to get ahold of the stone during the chase. Urstel is already a few steps ahead.

We begin this setup by ensuring that Urstel escapes from Gralhund Villa and it takes some time for the characters find him. For example, Urstel Floxin could have used a teleporter in the cellar of Gralhund Villa and the characters need to spend hours figuring out where it led. They spend this time exploring Waterdeep, using arcana checks to triangulate where the teleporter ended up. When they find the location, the stone is already well on its way to its final destination.

What Path Does the Stone Take Regardless of the Characters?

You can change up your own series of events based on which season of Dragon Heist you're running. The big question to ask is "how does this series of events go if the characters don't get involved?"

Turning a Chase Into an Investigation

Now that we know what path the stone will take regardless of how the characters get involved, we can watch how they do get involved and see if it changes the path. If the stone is two or three steps ahead, the characters will have to move fast if they want to catch it, which isn't very likely. It is possible through scrying or invisible familiars they can watch it switching hands. Otherwise they'll have to look at clues, talk to witnesses, and gather the information they need to figure out where the stone went. Floxin and the Cassalanters were hoping to move the stone discreetly but when they get betrayed by their own cultists and robbed by three street urchins, they leave evidence behind that the characters can discover.

It's even possible the characters manage to short circuit the chain of events themselves by getting really lucky, really smart, or both. If they do, they succeed in getting the stone and it's off to the vault of dragons. If they don't, it's time for something else.

It's time for a heist.

In the next article on running Waterdeep Dragon Heist we'll talk about using the lairs in chapter 5 to add in the heist to steal the Stone of Golorr.