Getting Your Players' Attention Back

Note: This article updates the original written in 31 August 2009.

Mobile computing brings a whole new level of distraction into our world and it's become a big debate for us game masters. Do we ban them? Do we make everyone put it in a jar on the way in to the game like the Sons of Anarchy? Do we spray them with a fire extinguisher? 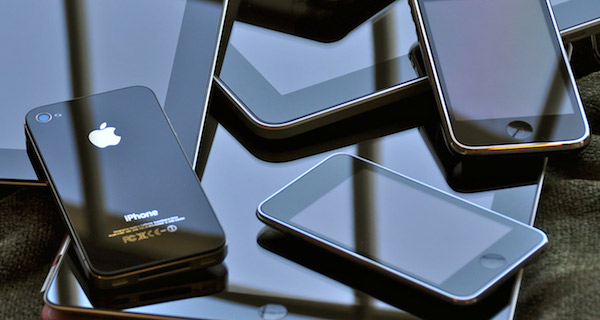 Today we're going to look at the challenge of keeping our players' attention on our game and what we can do to bring it back when it begins to fade away.

There's great complexity in this problem, one that our whole world faces. What if we look at it from a different angle. Instead of getting mad at their lack of attention, ask yourself what you can do to bring their attention back to the game. Their distraction comes because we're not fully engaging them in the game. If what we offered was as interesting to them as what is on their phone, we wouldn't have the problem in the first place.

Granted, some of this might be the new obsessive compulsive attention deficit disorder we're all getting from our shiny little boxes of connectivity to the world's stream of all knowledge and experience. That's a hard thing to fight and, if your group agrees, simply removing from the table is an option. Taking a heavy had on this, however, might not be the right method. We should recognize that what we're offering instead simply isn't as compelling as whatever it is on their phone and address that directly.

One way to address a player's lack of attention is to give them more to do. Tracking monster damage, distributing initiative cards, and announcing turns and next-ups are a few things you might delegate. Depending on your game system of choice, other options might be available as well.

Running Two At A Time

Sometimes it's possible to have two players working on their actions at the same time. Let players pre-roll their dice and choose their actions while another player finishes up his or her turn. Sometimes you might have to roll-back an action but many times the actions of two players don't cause too much of a collision if taken simultaneously.

If you see a player's attention wandering, draw them back in by feeding them a particularly interesting observation their character might have noticed. Let them roll a passive skill check to figure something out or learn something interesting about their foes. This gives you a fantastic opportunity to show them why this isn't just another fight or battle but part of a larger story going on. It's a great way to draw out the mystery a bit more while, at the same time, bringing their attention back to the table.

Scott Rehm, The Angry DM, had a valid criticism of the techniques above — they don't address the core problem. If you're players aren't engaged in your game, giving them extra stuff to do or running them faster isn't the best answer. The best answer is to give them things that engage them. You engage them by building the story from their interests as players and from the drives and actions of the PCs. You don't tell your story, you build the environment around the story of the PCs. You can do this by leaving blanks in your planning or empowering player-driven storytelling. As your story develops from the world's reactions to the actions of the PCs, they will become more invested in your game. It's not just a great way to keep them involved, it's also a lazy way.

Of course, even then you might see players' attention wander. Those other table tricks can still help. You can also simply leave them alone and quit worrying about it.

Certainly one easy option is simply not to worry so much about it. If your players' attention begins to wander off, let them wander. This is all about fun, for both you and your players. If they'd rather poke around on their phones than pay attention to every nuance of a battle, who are you to force them to play otherwise? Sometimes the best option is to do nothing and change your own expectations for the game.

All of these options start with a simple question. If you see the attention of your players wandering, what can you do to bring them back?