The Urgency of the Death Curse

Note: This article contains spoilers for the D&D adventure Tomb of Annihilation.

The Death Curse is the main driver of the story in the Dungeons & Dragons adventure Tomb of Annihilation. It is the reasons adventurers are called to Chult to hunt down the location of the Soul Monger and end Acererak's vile curse.

As written, the Death Curse is a ticking bomb. Anyone previously resurrected has one hit point drained each day while the curse still exists. Yet traveling across Chult can eat up many tendays worth of travel even if the characters go straight there.

The adventure also includes many side treks that can grab the attention of the characters and send them off into new areas. Some of the NPC guides even misdirect the characters away from the source of the Death Curse. How will the players feel if they know the urgency and yet find themselves duped by an ally, thus losing the souls of potentially thousands?

This is a common complaint about Tomb of Annihilation. For a big exploration sandbox-style adventure, the story has this heavy handed driver that pushes the characters to take as little time as possible to go to the tomb and end the curse.

Luckily, as problems go, this one is easy for us DM's to fix. Today we'll look at how. 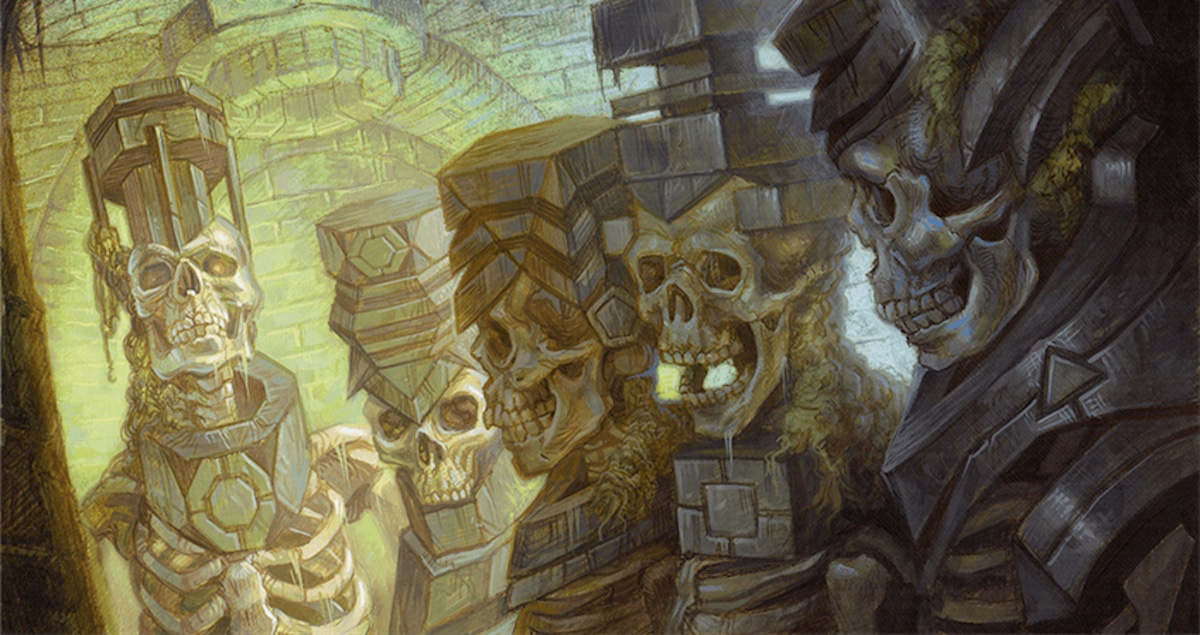 First, we need not describe the death curse so specifically. We get to decide how and when we describe it to the characters. When the campaign first starts out, we might describe it only as a rumor and a rash. Sindra Silvane, the primary protagonist in this adventure, might show them a small patch of gray skin on her arm and describe the visions of sages who say that something is happening. It's happening in Chult. And it will get bad if something isn't done.

Discovering the mystery of the Death Curse can be part of the fun of this adventure and it need not need to be a ticking bomb. We get to decide how the characters learn of it, what they learn of it, and how fast it goes.

The Death Curse: Your Own Urgency Dial

We gain a great freedom and powerful tool when we describe the death curse so abstractly. We can use this abstraction to turn the dial up or down depending on the pace of the story and the directions of the characters. If they're enjoying getting lost on side-treks, we might dial it down saying that any investigation into it shows that it doesn't appear to be escalating too quickly. If they get too far off track and it's time for them to get to Omu, we might dial it up with portents, dreams, and even the physical effects for characters who might be affected.

In my own game, one of the characters died when fighting a sister of Nanny Pupu. The hag sister had a bag of shriveled hearts with souls still in them. The characters used the captured soul and a lot of dark magic to restore this character to life, now with a new class and new memories along with the memories of the older character.

Doing so, however, came at a cost. A terrible cost. This restoration caused the death curse to escalate. Now the characters have an even greater drive to end it because they themselves caused its increase,

This is just one example of the twisting of the death curse dial. However you decide to tweak the progression and urgency of the death curse is up to you. As written, the death curse can force your game into a direction you don't like. Treating it as a more abstract concept and focusing on the death curse's story instead of its mechanics means it becomes a tool you can use to steer the game towards the path of greatest fun.

If you're looking for some deeper mechanics for tweaking the Death Curse in your game, something beyond just "abstract it", friend Teos Abadia wrote an excellent Chultan Death Curse Revised supplement available on the DM's Guild. This supplement modifies the Death Curse to make it more palatable at the table and offers options for the Death Curse's escalation as the characters get deeper into the story. Give it a look.