Session Zero of Tomb of Annihilation

Any time we're considering running a campaign it's worth spending some time with the group up front to scope the campaign and the characters within it. This session is often called a "Session Zero". This session doesn't necessarily include gameplay. Instead, it focuses on developing the characters, tying them together, and tying them to the theme of the adventure or campaign.

Tomb of Annihilation is a very thematic adventure. Exotic cities, jungle treks, ancient ruins, and the death curse fill out this rich and large sandbox adventure. Our Tomb of Annihilation session zero will help us describe these themes and help the players design characters and a group that fit well into the scenario. 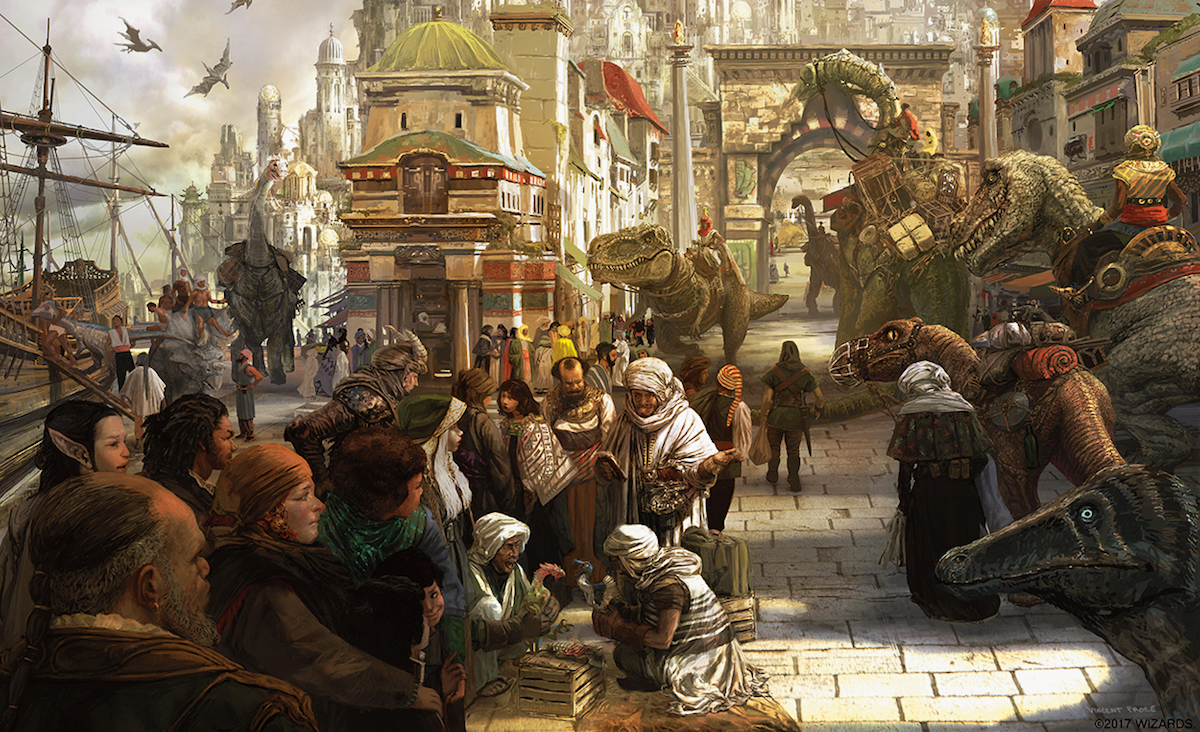 Describing the Theme of the Adventure

Before our players get too far into designing their characters, it's best if we explain the overall theme of the adventure. This is also our opportunity to help them buy-in to the adventure. If the players aren't interested in the themes of the adventure, we might best put it aside and try something else. Assuming the theme resonates with the players, they can keep the theme in mind while they think about what sort of character will interface well with this world.

Here's my summary of the overall theme of Tomb of Annihilation:

A death curse plaguing all of Toril emanates from the jungle island of Chult. Ancient ruins and hordes of undead fill the mostly unexplored and dangerous jungles. The mercantile city of Port Nyanzaru stands as a bastion of civilization on the northern edge of the jungle. Somewhere deep in the jungle, with every lost soul, the Tomb of Annihilation grows ever more powerful.

This covers much of what the players can expect from the adventure including jungle exploration, undead threats, ancient ruins, the mercantile city of Port Nyanzaru, and a deathtrap dungeon.

It helps if we can summarize the core themes of the adventure so our players can best identify what sort of world they're about to explore. We accomplish this with our six truths about Chult:

Your own list of six truths may be different than these depending on what themes you want to reinforce.

Good session zeros focus on a few statements and questions that help guide players as they build these characters. We can refine our core D&D character design statement to ensure that players are seeking to build characters who fit the adventure.

The heroes are cooperative explorers who seek to explore the jungles of Chult and end the death curse.

This helps us avoid the aristocratic aid to the baron who hates smelly adventurers and prefers not to get his robes dirty.

When we talk to the players about their characters, we can remind them of the three vectors for character creation: who the character is, how they fit the theme of the adventure, and how they're bonded with the other members of the group. Usually players tend to focus only on the first one but all three are required to have a good time throughout the campaign.

We can reinforce these three vectors with some loaded questions we'll ask during character creation. Here are some examples.

What sorts of things will this character do during a jungle exploration?

Which of the other characters' does your character trust, and why?

Why does your character want to stop the death curse?

We can add any additional questions if we want to further refine the game. The overall goal is to have the players design characters that fit both the adventure and the group they will experience it with.

Getting Started on the Right Foot

Trekking off into a jungle filled with undead and ancient ruins while a death curse plagues the world requires the right sort of heroes. Hopefully, with a solid session zero, we'll find those heroes and ensure that we DMs and our players will enjoy Tomb of Annihilation to the fullest.