Note, this article contains spoilers for the Tomb of Annihilation campaign adventure.

Tomb of Annihilation is a campaign adventure filled with jungle explorations, buried mysteries, strange creatures, ancient ruins, and deathtrap dungeons. The adventure begins in the beautiful and bustling city of Port Nyanzaru. Unlike previous campaign adventures, Tomb of Annihilation doesn't include a small and focused low-level scenario to kick off the adventure. Instead, as written, the adventure begins with the characters teleported into Port Nyanzaru and set off exploring the city.

Running city-based adventures can be daunting. There are many choices and options that can end up paralyzing both players and Dungeon Masters. Where to go next? What should we do? What will we miss? Decision paralysis and the fear of missing out both run high in such situations.

This article attempts to unravel Port Nyanzaru so DMs can build and run focused sessions that give the players a fun and moderately guided adventure in this beautiful city. We'll shave off some of the rough edges, highlight some of the highest sources of fun, and give you some inspiration to build and focus your own adventure in Port Nyanzaru. 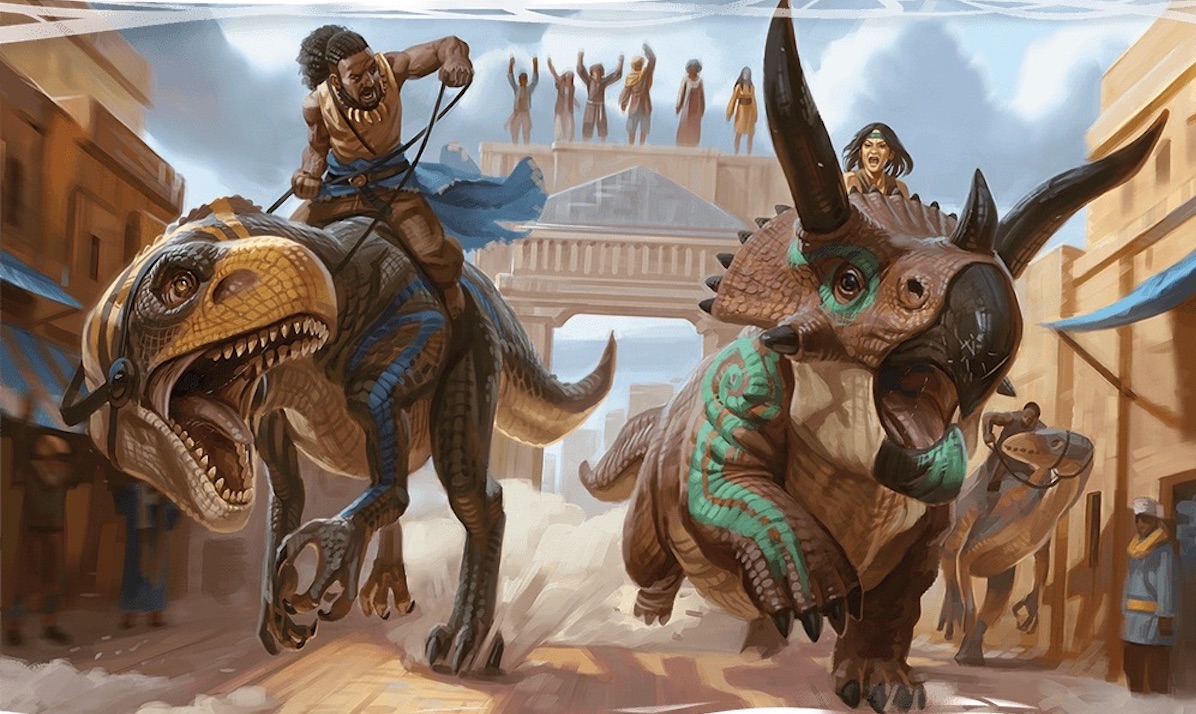 Here's a quick checklist of the highlights of this adventures. Your own checklist might vary based on your own desires and the desires of your group, of course, but maybe this list gives you a few ideas.

Read Up on Port Nyanzaru

We all know how much I stress the way of the lazy dungeon master but there is one form of preparation that takes effort but offers a high value for the time spent: actually reading these books we buy. One of my biggest recommendations recently is to fully-read the Monster Manual and Volo's Guide to Monsters to steep ourselves in the lore of D&D.

The same is true for running Tomb of Annihilation. We will get the most out of this book and bring the most fun to our table if we read it all the way through. If we don't have the time, we can focus our attention on the area we're going to run next and the area right after that.

Before running Port Nyanzaru, read and review the chapter in the book itself. This will help fill your mind with the right details to reveal when running it. It will also help you identify the parts of the city you like the best and the parts you might want to skip.

Downplay the Urgency of the Death Curse

As written the Death Curse is eating away at the health of those who have been resurrected. It moves quickly enough that any delay could result in the loss of many lives. This urgency might push the characters to avoid fun distractions in Port Nyanzaru and the rest of Chult. Instead, we can downplay the urgency of the Death Curse by making it clear that some sort of disease eats at the health of those resurrected but it will be some time before they die of the disease. The soul-stealing aspect of the Death Curse might be something hinted at but not necessarily well known to the characters until they're close to doing something about it. The Death Curse is the main hook of this adventure but it need not be so urgent that the characters rush past all of the other fun parts of the adventure to end it. No one wants to miss a dinosaur race.

Come In By Sea and Meet Aremag

Aremag is such a fun part of the adventure that it behooves us to introduce him to the characters who might otherwise miss him if they simply teleport in.

Of all of the events in Port Nyanzaru, none is as memorable as the dinosaur race. You can run this race in the Theater of the Mind or you might pick up some fun dinosaur toys to represent the contestants.

You might even jump right into the action by starting off the campaign with this character-focused question.

"As you roar through the streets of Port Nyanzaru on the back of four tons of allsaurus, what series of life choices brought you to this questionable situation?"

Starting the whole campaign on the back of a dinosaur will surely grab peoples' attention and get the game right into the action.

Some players might choose to race, some might be betting from the sidelines. The book contains rules for both. To keep things a bit faster, you can reduce the goal from 300 feet to 200 feet.

When you run the event, don't shy away from colorful narrative. Describe it when a triceratops smashes into six carts of colorful silks and juicy fruits.

However you choose to insert it, few events will build such strong memories as a dinosaur race through the streets of Port Nyanzaru.

One big activity in Port Nyanzaru revolves around potentially hiring a guide. Some guides work out just fine. Azaka, Eku, Shago, River Mist, and Flask of Wine all have something to offer both from a roleplay perspective and from a useful aid to the party.

Troublesome guides include Hew Hakenstone who will mislead the party, Musharib who has his own dwarven agenda he wants to pursue, and Salida who is actually a double-agent for the yuan-ti. Such double-crosses might be fine for your group but they can also potentially mislead the group for many sessions if handled the wrong way. Depending on how complicated you want to make the game, you might skip over the more troublesome guides and just offer those who won't lead the party astray.

Your group might forgo hiring a guide completely. Perhaps one of the characters already knows enough about Chult to lead the party into the jungles on their own. This can further simplify the campaign and removes any weird oddities like the fact that Eku actually already knows where everything is if asked the right questions.

Unlike other hardback D&D adventures, Tomb of Annihilation doesn't have any sort of introductory adventure to start the campaign off with a bang. There's no Nightstone or Death House here. The characters are dropped right into this big city with a potentially unlimited number of options.

Our friend James Introcaso wrote an epic starting adventure for Tomb of Annihilation called The Cellar of Death that ties right into the existing story of the campaign.

If we're looking for something a little smaller, we might add our own dungeon adventure to the beginning of the campaign in Port Nyanzaru itself. This dungeon can help foreshadow the death trap dungeon the characters will face at the end.

The ziggurats of the Old City are a perfect spot for a small dungeon. A collapsed floor might lead to a catacomb beneath the ziggurat filled with horrid undead, ancient shrines to dead gods, and dangerous traps yet unsprung. Perhaps a yuan-ti agent has desecrated such an altar and turned it into a beacon that calls the undead of the jungle right into the city of Port Nyanzaru. A back entrance of these catacombs might lead into the otyugh-filled refuse pit. We can re-purpose the maps for the Oozing Temple or the Lost Tomb from Out of the Abyss if we're looking or a map of these uncovered catacombs.

A small staring dungeon like this can focus the party, get them working together, and bring some action to the city of Port Nyanzaru.

Foreshadow the Factions of Chult

There are a lot of factions throughout Tomb of Annihilation, whether they be groups like the yuan-ti or individual powers like Nanny Pupu or Saja N'baza of Orolunga. We don't have to cover them all in our own running of the adventure, of course. While the characters wander Port Nyanzaru, we can use the opportunity to introduce a number of factions, both good and evil, and see which ones resonate with the interests of the characters.

We can drop various hints in throughout the characters' time in Port Nyanzaru. They might get harassed by members of the Flaming Fist or recruited by the Order of the Gauntlet. They might get visions or dreams from Nanny Pupu or Saja N'baza. They might be shadowed by a spy for the yuan-ti or attacked by thugs in the yuan-ti spy's service. They might hear about the assault of the pirates of Jalaka Bay from Zindar the harbormaster or actually witness such an attack from afar.

We can see which of these sorts of situations grabs the attention of the players and then tug on those interests throughout their exploration in Chult itself.

Some Focus to Open-Ended Exploration

City-based sessions can be tough to run. There are so many options that both players and DMs can get quickly overwhelmed. Keeping a handful of high-priority options on hand can help you offer interesting things to do for players who might otherwise find themselves lost.