Chapter 17 of Return of the Lazy Dungeon Master describes the value of running a "session zero" for a new campaign. In a session zero, our players can build their characters together while also discussing the story of the campaign. It's a great time to reinforce the main themes of the campaign, integrate the characters together into a group, and discuss any sensative issues anyone might have with these themes.

With our Waterdeep Dragon Heist campaign complete, my two groups both began their adventures in Ghosts of Saltmarsh. This was the perfect time to start fresh, take a deep breath, get together with our friends, and learn about the world and the characters who will sit in its center. 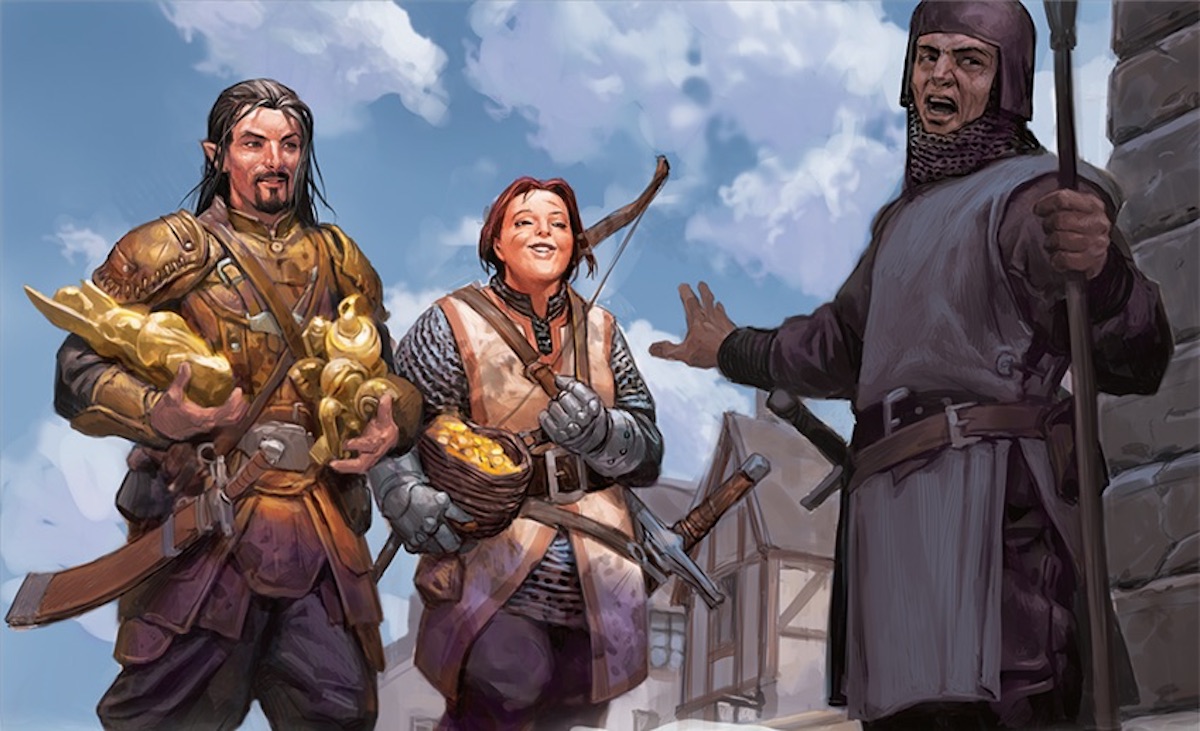 The Ghosts of Saltmarsh Player's Guide

For this session zero I wrote a Ghosts of Saltmarsh Player's Guide. This one-page guide, influenced heavily by Matt Coleville's video on the value of player guides, is intended to give the players everything they need to understand where the campaign is going and how their character might fit into it. It offers some history of the region; the notable details of Saltmarsh such as inns, taverns, and other landmarks; their potential backgrounds; and, most importantly, the central theme for their characters:

Above all you are companions who, together, seek to bring safety and prosperity to the village of Saltmarsh.

Such a refined and focused drive for the characters helps ensure the players bring characters to the table who will work well together and fit the theme of the campaign. This avoids the oddball character who comes in with a clearly different motive and drive that never quite fits either the group or the adventure.

Getting to Know Saltmarsh

Session Zeros are a great time to relax with our friends before the adventure begins. We don't need eye-popping strong starts at the beginning of the session. We can describe the locations of Saltmarsh, letting players jump in when they hear of a place about which they want to know more.

It's a great time to introduce notable NPCs such as the council members, Wellgar Brinehanded the cleric of Procan, and Ferrin Kastilar the druid with his pet bullfrog Lorys. The characters can learn of the tension between the traditionalists and the loyalists. They can pick up some rumors at the docks.

Session zeros are great times to let the characters explore Saltmarsh and learn what it has to offer before they go out with swords drawn into the dangers surrounding the seaside town.

Props can help make the ethereal ghosts of our campaign begin to feel solid and real. I recommend both a color map of the village of Saltmarsh and a black-and-white map of the Saltmarsh region. The D&D Beyond version of Ghosts of Saltmarsh includes high resolution versions of both of these maps along with high-resolution maps of all of the locations in the whole book. The Saltmarsh village and regional maps can be printed on 17x24 for about $3 each at your local Staples or Fedex print center and they look great on the table when you're running your session zero and describing the locations. Players can fill in the blank regional map as they discover new locations throughout their adventure.

What Sources to Allow

We're getting to the point where there are quite a few books containing a wide assortment of races. In some campaigns this doesn't matter too much but it's hard to figure out why a githyanki or yuan-ti might be involved in the issues surrounding a fishing village. You might either select a specific list of allowed races that fit the theme of the campaign or allow certain books such as Xanathar's Guide to Everything, Volo's Guide to Monsters, and the Elemental Evil Player's Companion. You could also let the players know that anything in the Player's Handbook is fine but they should bring up any other options with you before they pick it so together you can decide if it fits what's going on.

You also might be the sort of DM who lets players choose anything and come what may. That's a fine option too but you might have to do some story-yoga to figure out why a githzeri makes sense in Saltmarsh.

The Body on the Beach

As a fun way to get the story started, you might have a body wash up on the beach. A woman, drowned, clearly looking as though she was recently bound and died trying to swim away. The state of her clothing shows her as a potential prisoner. Are the slavers back? Where did she come from? Someone might recognize her as one of two adventurers, brother and sister, who came to town with dreams of finding the alchemist's gold at the haunted mansion only to never be found again.

The loyalists see the body as a sign that the town needs more protection and a heavier hand. The traditionalists see it as meddling by the outside iron gauntlet of the king. Both groups, through the council, want to send the characters to the haunted mansion to see if they can find her brother and uncover the woman's mysterious death.

A Time to Build the World

Session zeros give us a chance to spend time with our players and watch the world come together. With a whole session dedicated to understanding the town, the region, the themes of the campaign, the characters, and their relationships we have a much better start to a nice long campaign. The next time you're getting ready to start a new campaign, start it off with a session zero and watch the world come together.