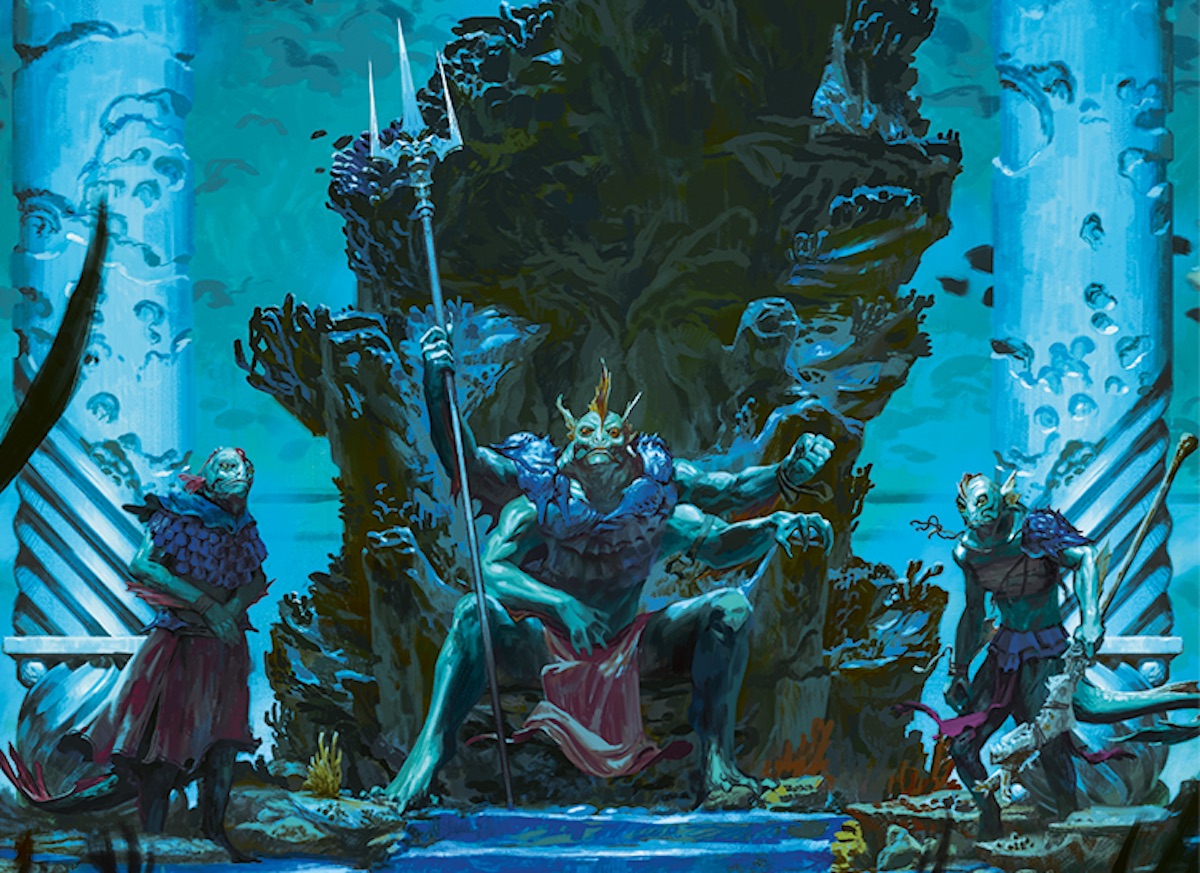 The End of a Trilogy

Like the other two adventures in this series, The Final Enemy is an excellent sandbox adventure in which we lay out the situation and the goals and the characters are left to their own devices to succeed in that goal. How they choose to approach the sahuagin-invaded island will dictate how the sahuagin react. This is perfect situational D&D. We put the situation out in front of the players and we figure out how that situation changes as they interact with it. We may be as surprised as the players how things turn out. It's a wonderful way to play D&D.

Because this adventure is so open-ended, it's important to clarify the adventure's goals to the players. You don't want a situation in which they're deep in the lair and then turn to one another and say "why are we here again?".

We can simplify the goals down to the following, which are clarified well in the adventure under "mission goals". I'm adding one of my own which I think is important for the rest of the adventure.

With these heads of the sahuagin removed, the rest will gather up in small packs and flee into the ocean.

Change Up the Number and Type of Sahuagin

Depending on how the adventure is going when you're running it, feel free to change up the numbers and types of sahuagin the characters encounter. Instead of patrols of eight sahuagin, feel free to include just two normal sahuagin wandering through the caves (see two thugs in the woods. Mixing up the number of sahuagin can change up the pace and feeling of the game. Too many battles against six to twelve powerful sahuagin can get boring and stale. Changing up the situations so that the characters can use stealth, subterfuge, intimidation, or deception to get past them as well as combat can make the adventure a lot more interesting.

Given that the characters may not end the threat their first time through the sahuagin fortress, you'll have to figure out what happens when the characters leave and the threat remains. One possibility is that, discovering the infiltration, the sahuagin launch an attack against Saltmarsh. They may send in three killer whales each mounted by a sahuagin waveshaper and protected by a small force of sahuagin on shell sharks. These waveshapers slam the coast of Saltmarsh with huge waves that destroy ships and hammer the coast. The characters can deal with a number of situations during this attack such as a coastal sahuagin flanking attack, drowning sailors in the sea, collapsing buildings, or attacking the waveshapers themselves. This can be a fun large battle the characters can get involved in. We need not make this complicated. Describe the larger battle going on while the characters deal with their specific battles or situations.

Tying Into a Larger Story

One unanswered question in this adventure is how to tie it together with the other adventures in Ghosts of Saltmarsh. We may connect the sahuagin to the Endless Nadir described in The Styes. The sahuagin may have fled from the ancient aboleth city as a rift tore open into the lower layers of the abyss. The characters may learn this from the sahuagin themselves, from murals on the wall, or perhaps an intelligent trident of fish command possessed by a marid (one with family connections to any water genasi in the group perhaps). This thread ties the sahuagin to the larger threat of an ocean poisoned by the realm of the Elder Elemental Eye.

The Final Enemy is an excellent sandbox adventure in which the characters choose their approach to assess and perhaps destroy the threat of the sahuagin against Saltmarsh. Stay flexible with the encounters they face and let the story play out as the characters delve deep into this dangerous lair.